Max George has revealed that a reunion for The Wanted could happen, as he and Tom Parker are down for making it happen.

The singer, 32, revealed that despite battling a brain tumour, Tom, also 32, would be up for reuniting the band ‘tomorrow’.

Max told The Sun: ‘I love the boys, the band, the buzz, the fans, the music… I love it all. I would love to do it again.

‘I’ve spoken to Tom a lot and he was like, “Yeah, cool. If it happens, it happens.” Despite everything he is going through, I know Tom would do it tomorrow.’

Fellow bandmates Siva Kaneswaran, Jay McGuinness and Nathan Sykes might be a bit harder to pin down, however, as Mac added: ‘The boys are all over the place doing their own thing.

‘They are all really successful. But would I do it? A million per cent I would. I hear it a lot still, so it feels like it has never gone anywhere.

‘The music hasn’t aged and, for me, Glad You Came will be a summer banger forever.’

Tom has been battling an aggressive brain cancer, a grade four glioblastoma, since last year, and recently opened up about the difficulty of chemotherapy.

He is also working on a documentary to raise awareness, telling fans: ‘Almost a year ago, my world was turned upside down by my diagnosis.

‘It’s been an emotional few months for me and my family. But I’m determined to both fight the disease and the terrible situation of the chronically low level of research that goes towards finding a cure and treatment for glioblastoma.

‘In this documentary, as well as exploring the medical and human aspects of this disease, I am determined to raise awareness and raise as much money as we can through the concert to help advance crucial cancer research and develop new treatments.’


MORE : Tom Parker celebrates three years of marriage to wife Kelsey: ‘You are the best thing that has ever happened to me’


MORE : Tom Parker opens up on chemotherapy struggles as he battles brain tumour: ‘It absolutely knocks it out of you’ 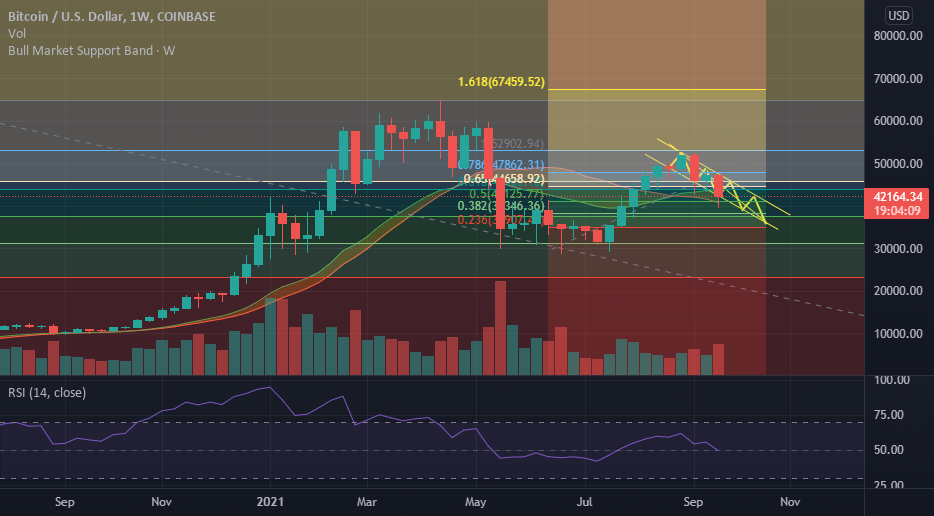 Update on *WEEKLY BULL MARKET SUPPORT BAND*.Bull or Bear market? for COINBASE:BTCUSD by desmondmilesdante
7 seconds ago

Rihanna gets carried into party like superstar that she is