Hearing the term Gig Economy recently caught my attention. I hadn’t given much thought to it but it is a big part of what we do as consultants in the employment agency industry. Where did this word gig originate? Musicians refer to their paid performances as gigs and really cool people refer to their temporary jobs as gigs. Put another way, the term “gigging” means having paid work or being employed.

Today a gig could be a temporary job in terms of length of employment. In the employment industry, we often refer to these assignments as either temporary or contract as it is usually for a defined period of time. Gigs can be full-time work hours and other times they are part-time hours.

Well, with our robust economy sitting at 4.0% unemployment it appears that all is well as it pertains to finding work? Many economists believe these numbers to be misleading. The feeling of prosperity is not being felt by many and this leads to the need to take on an extra job [or two] by millions of Americans just to make ends meet. We know by looking at the data that people tend to change jobs several times throughout their working lives and the gig economy can be seen as an evolution of that trend.

In the employment industry, we know that 1 in 5 workers in the workforce is contingent or flexible hourly labor. Many professionals are choosing contract employment because of the flexible work hours, work-life balance or a way to stay engaged in the workforce while keeping their technical and people skills sharp. While employment numbers count W-2 statements these employees could be working part-time or working this assignment until a better opportunity comes along. There are approximately 6 million people [4% of labor force] that make up the U.S. contingent workforce as these numbers have not been tracked in past years.

Capturing the gig economy is important when working to understand the employment numbers. Many employers are choosing a contingent labor force as they look for ways to remain competitive while controlling employment costs and expenses. When marketing or seasonal fluctuations impact sales companies know that a contingent workforce allows them to remain flexible and profitable.

Companies should know that the growth of the gig economy is a global trend and this trend does not show signs of slowing. People are looking for ways to find balance in their lives while providing for their families. Sometimes that requires a second job. As we look at these gig workers companies should know that these numbers are expected to increase from 4 million to over 9 million in 2021. 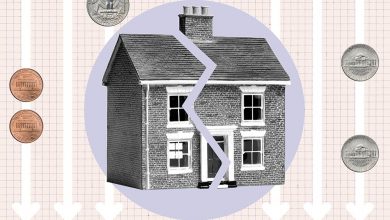 Advantages Of Traveling In A Business Jet Charter

7 Tips For Selling in a Down Economy

What to Do Now? How Restaurants Survive in a Tough Economy

Port Blair Hotels: Hotels for All Budgets
2 weeks ago

The Money Supply, The Gold Standard and the Impending Doom
December 3, 2022

The Money Supply, The Gold Standard and the Impending Doom

How to Buy Cheap Flight Tickets

Dynasty Trusts Good For Economy and Democracy
3 weeks ago

Important Factors to Note When Buying Hockey Jerseys
3 weeks ago

Should You As Parent Encourage Your Child To Play Dangerous Sports?
3 weeks ago

Should You As Parent Encourage Your Child To Play Dangerous Sports?

Alicante – Rental Homes in the Largest City of Costa Blanca

Things You Might Not Know About Table Tennis & Its Manufacturers
November 27, 2022

Things You Might Not Know About Table Tennis & Its Manufacturers

The Health Benefits of the Virgin Bloody Mary Drink
November 27, 2022

The Health Benefits of the Virgin Bloody Mary Drink

10 Questions to Ask When Considering a Health Insurance Quote
December 13, 2022

10 Questions to Ask When Considering a Health Insurance Quote

Components of a Complete Health Assessment
5 days ago

Components of a Complete Health Assessment

Catch Discovery Channel in Spanish on DISH Network
3 weeks ago

Different Types of Entertainment
4 weeks ago

How To Make Money With Music
2 days ago

Downtown Long Beach – Entertainment in the City
6 days ago