In the Game of Monopoly, there is a little fellow running around the game board with a top hat and tails, holding a cigar and fists full of money. He is, perhaps, the original one-percenter. We, on the other hand, trudge around as an old shoe, wheelbarrow, dog or iron trying to buy properties while avoiding a series of taxes: Luxury Tax, Income Tax, Electric Company Tax, and Water Works Tax.

The “Banker” gives us $1500 to start out in life but aside from holding all of the bank’s money, the banker also holds title deeds, houses, and hotels. The Banker pays all salaries and bonuses, sells and auctions all properties, and collects all taxes, fines, loans and interest. Hmmm. Is the Monopoly Banker the US Government? Suspiciously enough, he never goes broke because he simply issues more money.

Now we “try” to become wealthy in this game but we never seem to land on Boardwalk or Park Place and when we do, we can’t afford to buy them… so we’re resigned to setting up little green houses on Baltic and Oriental Avenue where we earn virtually no income.

After most of our money is lost to taxes, doctor’s fees, street repairs, being elected Chairman of the Board, and paying rent for those two, bright red hotels on Marvin Gardens… we have to wait to land on or pass “GO” to get another $200 just to make ends meet. Is this a Government Hand out?

Now we could always land on CHANCE and/or the COMMUNITY CHEST which includes everything from winning second prize in a Beauty Contest and getting a Bank Dividend… to paying a Poor Tax and going to Jail. But neither can save us as we look around the board at all the pricey rents and glance back at our abundance of white $1’s and pink $5’s. When we owe more than we can pay to either another player or to the Banker, we are in fact bankrupt!

So who really wins in this game?

Well you and I don’t because we invariably wind up broke. The owners of Boardwalk and Park Place don’t because they have filled their properties with expensive hotels, and there is no one left that can pay their expensive rents. And the banker doesn’t because he is sitting on three utilities and four railroads and has handed out so much money that his fat stack of orange $500’s doesn’t really add up to a whole lot.

Clearly, the little guy in the top hat and tails knows something that the rest of us don’t. His real name is Rich Uncle Pennybags. You see, Rich Uncle Pennybags bought gold back in 1933 when it was just $26 an ounce. Since then gold has increased over 6411%. Pennybags bought bullion just before the infamous Gold Recall in May of 1933. Some say he saw it coming. That was the same year they started construction on the Golden Gate Bridge. A coincidence? You decide.

Pennybags bought more gold through the years and made more money. He does not trust Bankers. As a matter of fact Uncle Pennybags does not trust paper money. He deals in tangible assets… things you can hold, feel, stack, and put away as a store of value. And, while the world was chasing paper money and real estate, Pennybags was acquiring bullion and rare coins.

Do Board Games imitate life? Perhaps… but you’ll never see gold on a Monopoly Board because gold is real money! 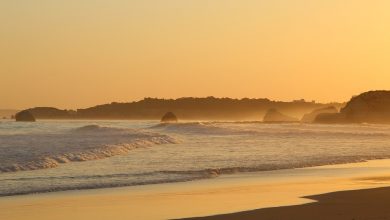 How to Manage Money Better Than a Banker 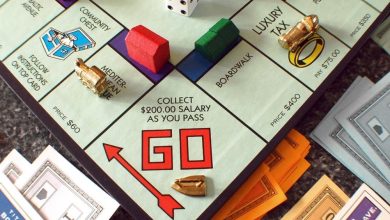 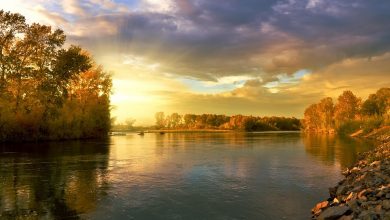 The Multipolar World Economy
3 weeks ago

COVID-19’s Impact on the Economy of India

Advantages Of Traveling In A Business Jet Charter
December 12, 2022

Advantages Of Traveling In A Business Jet Charter

Book Review – Between Two Bridges by Victor Colaio
6 days ago

Sport Betting – Bankroll Management A Must For Maximum Profit

Is Betting Arbitrage a Sure Bet?

Hoodies – Why Would I Buy a Hooded Sweatshirt?

Health Literacy Is for the Healthy
1 day ago

Health Literacy Is for the Healthy

Jogging – Health Benefits and How to Do it
4 weeks ago

Jogging – Health Benefits and How to Do it

What Does Living A Healthy Lifestyle Mean?
3 weeks ago

What Does Living A Healthy Lifestyle Mean?

Health Benefits of a Jack LaLanne Juicer
2 weeks ago

How To Make Money With Music
3 days ago

Ben Affleck Returns As Actor, Director, and Writer
4 weeks ago

Getting Up to Date Information on Celebrity Fashion
December 18, 2022

Getting Up to Date Information on Celebrity Fashion