It has been a truism for thousands of years that sex sells. Instead of delineating the technical or functional superiority of a product, marketing experts put the product next to a perky-breasted young woman with pouty lips to imbue it with the promise of so much more. The not-so indirect implication to women: If you buy our product, you can look like this, feel like this, be desired like this. And to men: If you buy our product, you get her. It’s been the American way since America’s had a way. Sex was the Great Motivator of Madison Avenue. But not anymore.

Because the number one seller is no longer sex. It’s fear.

Especially during the holidays. When I was a very young copywriter at Ted Bates in New York City we were all taught about the Unique Selling Proposition or U.S.P. It was the one thing we had to identify in the client’s product that made it unique, memorable and desirable to the consumer. Then we were told to hype it so it was engrained in the American consciousness like an iconic archetype. And in those days we did as we were told. We interviewed and discussed and held up the product to the light at different times of the day to see what it was that made it special.

Now, if the advertising is any indication of the board room mandates, creative teams are being asked to find out what makes the product something the consumer really, literally can’t live without. The only way to convince someone they can’t live without something is to make them worry. The consumer has to be made certain that there is a threat so magnificent that if she does not have this or that product she will surely succumb, her life will never be the same, she will lose her hair, her spouse, her sensuality or her children.

On a regular basis we are bombarded with rapid fire marketing specifically designed to make us worry. And what do these purveyors want us to worry about? Everything – what we eat, when we eat, what we wear, when we wear it, who we touch and what we can catch. And the sooner we worry the better. The “self-improvement” ads that ordinarily start January 1st now start airing months before. Why wait when you can panic about a few extra pounds now? And what better season than the holiday season, which seems to begin as soon as the summer ends? What better spirit to celebrate Christmas and the New Year than the spirit of Panic Present?

The message is the same everywhere. Be afraid. Be very afraid. We hear it from the newscasters we watch in the morning as we get ready for work, we see it in the ads tucked between talk shows, we read it in the magazines left for us in the waiting room at our doctors’ offices. By the end of the day we’ve been slipped about a hundred different fear mickeys.

I call this Viral Fear. It’s spread all year, but the holiday season has a special sort of viral fear that gets added to the mix of the usual doomsday, global warming, code red, “It Could Happen Tomorrow” programming. At this special time of redemption and renewal we get to fear the flu, unsightly blemishes and weight gain, loneliness, collagen loss, not being invited to the big parties, alcoholism and early onset Alzheimer’s, not to mention fallen meringues, sagging breasts and cervical cancer if we don’t get the vaccine now. Anxious about how anxious you are? No problem. They’re selling a pill for that, too.

Viral fear pops up on your home page, too. As you scan for the news of the day, keep your eyes open to the advertising. Look at the pop ups. Really look. See what they’re really selling and what in you they’re really talking to. Pharmaceutical companies, “natural” food suppliers, vitamin manufacturers and home improvement specialists (air purification systems, for instance) work that fear with ruthless efficiency to scare us into buying whatever it is they’re selling. The entire insurance industry is based on promoting and profiting from fear. Prudential has based its whole campaign on the notion, “don’t wait till it’s too late.” They implant the gloomiest, most heart-wrenching imagery possible of the consequences for not having life insurance. Act Now, they implore us so sincerely. Before it’s too late.

There’s no doubt that it works. American homes are filled with gadgets we don’t need and our hearts are filled with worry about all the things we can’t control. We fret about the things that might happen if we don’t apply this cream or take that pill or sign that form. We pace anxiously pondering all the diseases, catastrophes and losses we might suffer.

How does this happen in a country as comfortable and as technologically advanced as this one? It seems that when it comes to viral fear America’s immune system has been systematically suppressed since the cold war. We have been afraid for years. And what we’ve been taught is that when we’re afraid we can drink hard, drive fast, or go numb by going shopping. When people are uncomfortable in this country, they look for something to buy. And anything will do so long as it’s new and distracting and they don’t have to actually process their discomfort.

So, what are we afraid of today?

We’re afraid of attack just like we were in 1954. And now we’re also afraid of germs, of Mad Cow disease, of erectile dysfunction, of not being successful, of robbers, of child abduction, of Alzheimer’s, of not having enough, of not being enough, of too much intimacy, of too little, of AIDS, of failure, of sunspots and solar radiation, of global warming, of wildfires and floods, of dishwasher spots on our glasses and e-coli on our spinach. And we’re always worried about sex.

But I believe that what we are really afraid of more than anything else is not being attractive, accepted or loved. We are afraid of ourselves, of being alone, of stillness, of our own mortality. We are a nation of addicts (food, work, image, drugs, drink, sugar) and one-pop pill cures. We pray to the Gadget Gods. Gadgets bring love, long life, good health, new friends, better jobs, clean lungs, big muscles and long-lasting on-demand erections. And don’t forget: The newest gadget cures best. So hurry! If you don’t act now, there might not be any left! Viral fear inspires and rewards paranoia, greed, conformity, while it undermines self-worth, independence, connectedness with others and, worst of all, faith in God and a higher meaning in life.

What are we to do?

This is what Edward A. Merlis said way back in 1975 when he worked with the U.S. Senate Commerce Committee and devoted much of his time to advertising legislation.

“He [the American] is bombarded at every flip of the magazine page, at every turn of the TV dial. Can he be proud that we now export our form of mental gang rape to the people of other countries? Advertising is a science, designed to attack people’s weak spots in order to sell a product. Wolfbane may have been the antidote for vampires and wolfmen, but it appears that only knowledge and awareness are the antidotes for our 20th-century monster, advertising.”

Fighting Back With Awareness

Many years ago in another advertising agency, an account executive sat down the creative team to discuss a new account. We would be developing a promotional campaign for a diet aid. It was designed to expand in the stomach and give the illusion of fullness as well as provide some stimulant action. (Meaning they would have gas, abdominal distension and the trots as well as increased heart rate, racing thoughts and agitation. But at least they wouldn’t eat.)

The target audience for our advertising was young women from 14 to 35. As the account executive expanded the market profile, it became clear to me that they were targeting anorectic girls and women with body dysmorphic disorders, meaning women with delusional images of themselves. I mentioned this to my creative director who told me to go to my office and stay away from the account team. So I wrote an ad that would eventually become one of my last. On the top of the page was a close-up of the diet pill and the headline was FAT CHANCE. Needless to say, they didn’t like the ad.

But I did. And while I didn’t stay in that job for long, I’ve never regretted it. Not once. In this arena, awareness is everything. When we know what they’re really selling, we can determine what we’re really willing to buy. 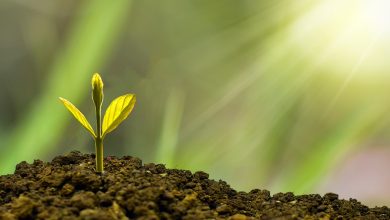 Some of the Best Vacation Packages

The Multipolar World Economy
3 weeks ago

Are Baby Boomers the Key to Economic Recovery?
January 3, 2023

How Consolidator Tickets Can Save Money on Business Class Flights
January 1, 2023

How Consolidator Tickets Can Save Money on Business Class Flights

Grab The Best Deals In Travel Tickets
1 week ago

Luxury Cruises – There is One For Everybody
December 29, 2022

Luxury Cruises – There is One For Everybody

Starting a Small Business in the New Economy?
December 24, 2022

Starting a Small Business in the New Economy?

How to Create a Brand Professional That People Want to Get Behind
December 1, 2022

Important Factors to Note When Buying Hockey Jerseys
4 weeks ago

Tips to Design a Polo Shirt for Work Wear

Health Benefits of a Jack LaLanne Juicer
3 weeks ago

Health Literacy Is for the Healthy
7 days ago

Health Literacy Is for the Healthy

Which Diet Is Best for Heart Health?

Financial Fitness for the Rest of Your Summer
December 19, 2022

Financial Fitness for the Rest of Your Summer

Merits and Demerits of Celebrity Gossips