The Native American image has always been romanticized and admired for its heroism and bravery. Many see the use of their image as warriors and braves in American sports mascots as a way to pay homage to Native Americans, but many would also argue that these mascots demean their native traditions and rituals.

This opposition to mascots that portray Native Americans in a negative light started out as a campaign during the 1960s by a group called the National Congress of American Indians. They strongly believe that sports teams using mascots with names like the Braves and Redskins only serve as negative stereotypes of their people. They claim that fans wearing war paint, chicken feather headdresses, and waving rubber tomahawks, are offensive, demeaning, and racist.

Those who disagree point out that team names like Warriors and Braves represent fighting men just like those of other cultures. It isn’t unlike the use of team names such as Vikings, Minutemen, or Musketeers. Nicknames like the Fighting Irish, Flying Dutchmen, Trojans, and Spartans (just to name a few) are not regarded as offensive, so the use of Native American nicknames should not be interpreted as having racist or demeaning connotations.

There does seem to be a disconnect between Indian activists opposed to Indian team names and mascots, and the Native American population who are not. Over ninety percent of American Indians and a majority of U.S. sports fans surveyed find the names and mascots to be acceptable.

Some college teams have decided to make changes out of respect to Native American culture. Use of these racial mascots in elementary, middle and high school sports teams has become a concern. The claim is that the youth are not being taught to respect certain ethnic groups and these stereotypes will only promote racism. The lack of sports mascots based on Americans of African, Asian, and Mexican descent only supports claims made by opponent groups that Native Americans are being singled out.

Supporters in the use of Native American mascots insist that they are meant to be respectful and only serve to pay homage to the Indian people. Far from being derogatory, these mascots are seen as ideal for sports teams because they focus on bravery, courage, and fighting skills.

But there is also a financial impact and cost to consider. Changing team names and mascots would affect the merchandise that generates millions of dollars in sales each year. Opponents don’t care about the negative financial cost to the team franchises. All they want is a change in how Americans view real Indian culture and traditions. They believe this change will replace the trivialized way they are seen and hopefully erase the racial stereotyping they feel they have had to endure for too long. 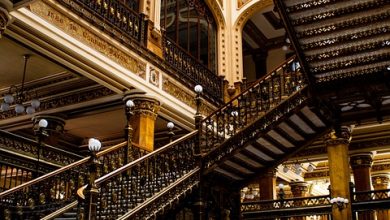 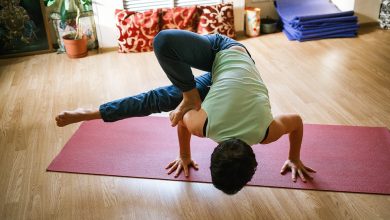 How Did the Idea of Using a Pool Cue Begin?

Port Blair Hotels: Hotels for All Budgets
2 weeks ago

Worker Shortage Might Be Excellent News For The Economy
November 26, 2022

Some Easy Ways to Upgrade to Business Class From Economy Class
November 30, 2022

Some Easy Ways to Upgrade to Business Class From Economy Class

Are Baby Boomers the Key to Economic Recovery?
4 weeks ago

The Origin of Soccer
1 week ago

The Origin of Soccer

Free Sports Betting Tips to Increase Your Chances of Winning

Why Some People Are Afraid to Make Money
4 weeks ago

Why Some People Are Afraid to Make Money

Rugby Jerseys: The Winners Will Love To Wear These
4 weeks ago

Rugby Jerseys: The Winners Will Love To Wear These

Comments: The Nine Habits of Highly Healthy People
3 weeks ago

Entertainment and the Fashion Industry
2 weeks ago

Entertainment and the Fashion Industry

Getting Up to Date Information on Celebrity Fashion
December 18, 2022

Getting Up to Date Information on Celebrity Fashion

Creative Children’s Entertainment Ideas That Will Surprise Your Kids
December 11, 2022

Creative Children’s Entertainment Ideas That Will Surprise Your Kids

Cruise Ship Entertainment Smackdown – Who Wins and Why
1 week ago

Cruise Ship Entertainment Smackdown – Who Wins and Why

Blow The Doors Off Your Sales Training Event With Great Entertainment Options
December 20, 2022

How To Make Money With Music
2 days ago